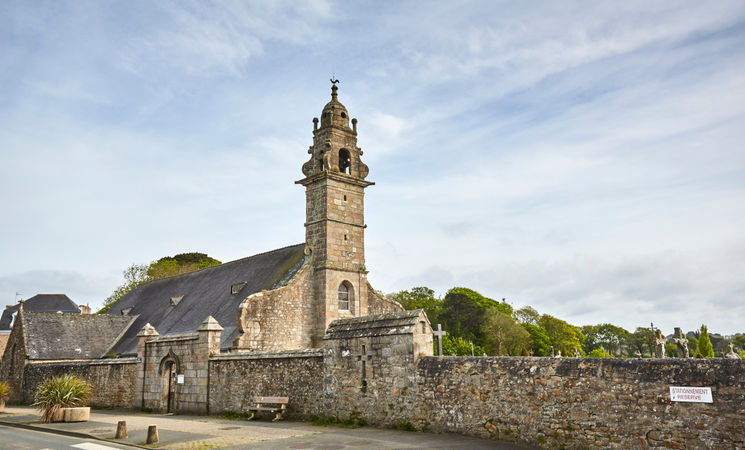 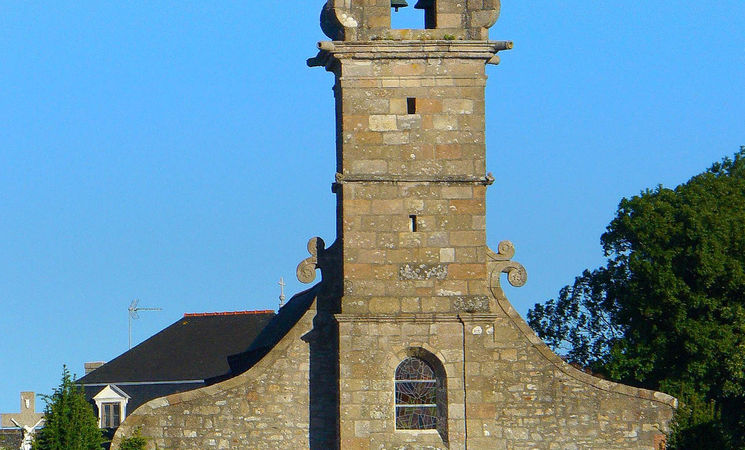 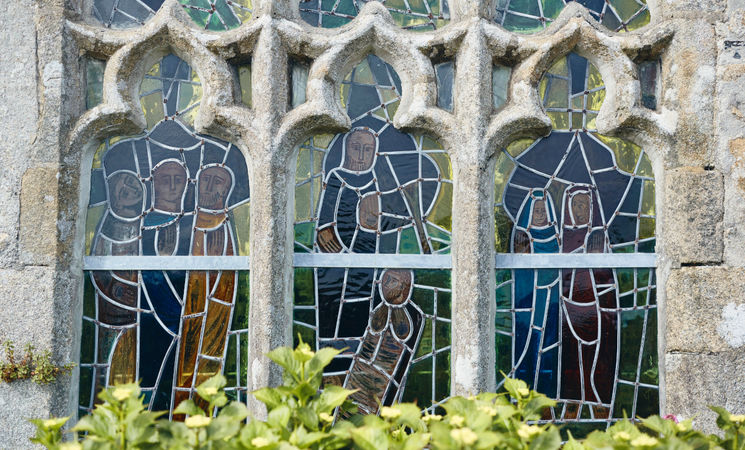 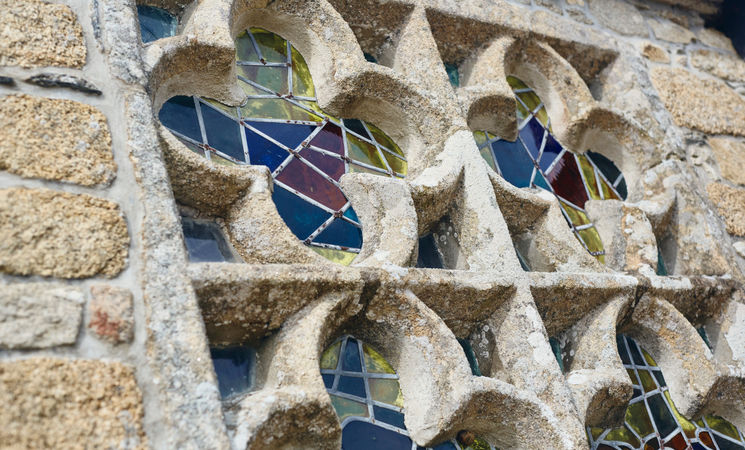 The Chapelle Saint Pierre (‘Saint Peter Chapel’) is an ancient church, one of seven parishes of Minihy-Léon, dating back to the Middle Ages. However the chapel was completely reworked around 1770.

Originally in the form of a latin cross, the 15th-century nave has been amputated from its two wings. The Brotherhood of Trépassés, founded in 1533, was based here. Their work was to save the unfortunate and pray for the deceased. Today, with modern stained-glass windows, the chapel houses the funeral services.

There used to be other chapels surrounding the cemetery, but they have since disappeared ; Saint-Jean, Notre-Dame of the Ladres (or ‘of the Lepers’), Notre-Dame of Comfort (or ‘of Consolation’), Sainte-Catherine… Thirtheen reliquaries or ossuaries were to be found along the outer wall. Skulls of the deceased were placed here whilst the other bones were disposed in a common grave. Nine have been preserved and on one of them, the gothic inscription and the date of 1500 is still visible.

Under the Old Regime and until 1709, a wooden bird or “papegay” was attached to the top of the bell tower every first Sunday of May. “Papegay” is the old french word for parrot. Archers were invited to a cross-bow shooting competition to shoot down the bird and the winner was called “the King of the Papegay”.